The first painting is called ‘ASSOLO’ (Solo) and it is named after myself.

I named the painting with the lady playing the lute SERENATA AL CHIARO DI LUNA (Moonlight serenade), remembering a girlfriend I used to date well into the night.

The third one is named CALIGOLA, like the third roman emperor Gaio Cesare Caligola, well known for his extravagance and eccentricity, insane or wise depending on the mask he used to cover his face, like we often do to hide our true identity.

The last one is named L’ARRIVO (The arrival), I painted it back in 1997 following an unexpected encounter who changed some details in my life. 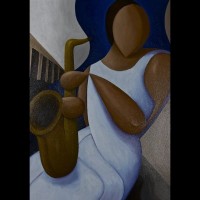 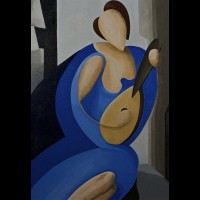 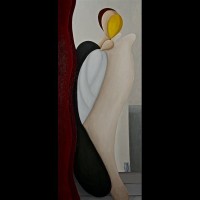